Home/Fashion/Google And Levi’s Stitch Up A Connected Jacket 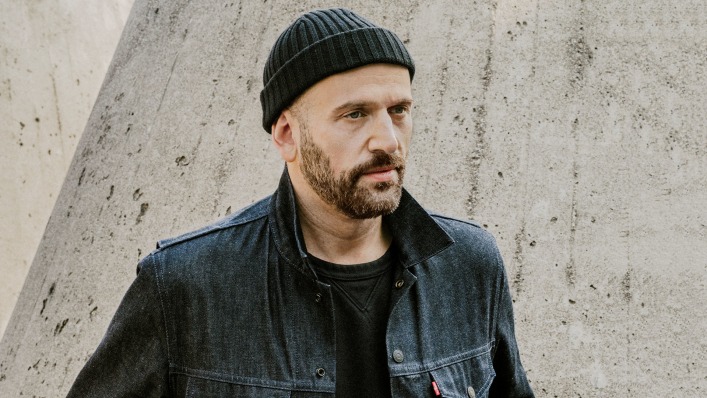 The new Commuter Trucker denim jacket, powered by Google’s smart textiles, can answer your phone and turn up your music.

Aside from a couple of visual tells—subtle patches of raised stitches and a plastic button on its cuff—the Levi’s Commuter Trucker looks exactly like what you’d expect from the 144-year-old brand: a timeless jean jacket that keeps you warm while looking cool. But appearances deceive. The jacket is actually an interface between you and your phone. Brush, tap, or cover the right spot and you can answer or ignore calls, switch up your music, or get travel-time updates, all without looking at a screen.

The jacket is the first consumer product to emerge from Project Jacquard, an experimental initiative from Google’s Advanced Technology and Projects (ATAP) group–an incubator that has worked on modular mobile phones, radar sensors, 360-degree films, and, now, textiles. Founded in 2014, Project Jacquard represents the coming wave of technology that companies like Amazon, Apple, and Google are racing to develop: the internet of things and invisible computing, driven by the idea that you should be able to access information and services without having to physically interact with a device.

Ivan Poupyrev, technical lead and director of engineering for the Jacquard project, has been exploring wearable technology for more than two decades. When he launched Project Jacquard, the public was skeptical of wearables, which “didn’t feel fashionable. They felt like people with electronics on their bodies,” he says. “To break that tension, we needed to approach [Project Jacquard] at a mass scale and adapt it to everybody’s personal taste, desires, and self-image and aspiration. That’s what the fashion and apparel industry does really well. So that was a starting point: How can we integrate technology into apparel, but do it in a way that’s native to apparel?” Google partnered with Levi’s–a globally distributed brand with a large supply chain–to better understand the potential of mass-produced connected garments and how Project Jacquard could enable interactivity.

Project Jacquard is both a hardware and software platform, so one of the first hurdles for Poupyrev’s team was creating a conductive thread durable enough to withstand the manufacturing process. Electronics are generally treated with kid gloves. Textiles, on the other hand, are meant to endure the kinds of hard knocks that would shatter a smartphone screen.

“When fabric comes off the loom, we do terrible things to it,” says Paul Dillinger, vice president of global product innovation at Levi’s and Poupyrev’s partner on Project Jacquard. The entire surface is exposed to fire to burn off the extra cotton fibers in a process called singeing. The fabric is then Sanforized, meaning it’s passed through heated presses and rollers to make the surface even. Next, in a Levi’s-patented process called pre-skewing, toothed grips latch and torque the fabric to minimize shrinkage and warpage. Composed of a thin filament made from metal alloy and over-braided in traditional fibers (cotton, polyester, silk–you name it), the Jacquard thread proved resilient through all of these hostile circumstances: It can be used exactly like conventional threads.

The second hurdle involved figuring out how the jacket’s wearers would interact with the Project Jacquard interface–which is stitched onto the sleeve (see “Cross-Stitching,” right). Borrowing gestures we use on touch screens, Levi’s and Google arrived at four main motions: brush in, brush out, tap, or cover the connected area. The actions are subtle enough so you can silence an incoming phone call during a conversation and it just looks like you’re brushing dust off your sleeve.

In its current iteration, the jacket and app don’t do much more than what a remote control on a pair of Apple earbuds can do. (And at $350, it’s double the price of a Levi’s “analog” denim jacket.) Poupyrev sees numerous possibilities. “Think about the iPhone,” he says, pointing out that the first-generation model had limited apps, but later models support thousands. “This is a starting point.”

But will textile interfaces be as much of a game changer as smartphones? Voice-based interactions–like talking to Siri or Alexa–are increasingly the foundation of new technology meant to replace our screens. Poupyrev recognizes this and says that “both voice and touch will have important places in our future devices. And Jacquard, as a computing platform for smart apparel, could lead the way.”

Poupyrev and Dillinger hope to roll out more features over time, which may determine whether the jacket can become the useful tool Google and Levi’s believe it can be. Meanwhile, Dillinger believes connected tech isn’t the only selling point for Jacquard’s first product. “First and foremost, it’s a really cute jacket,” he says, “and it also happens to do these wonderful, surprising, and delightful things.”

This article originally appeared in the November 2017 issue of Fast Company magazine.